The Republic of Cuba is an archipelago, that is to say, a group of islands that forms part of the National territory along with its adjacent waters. Cuba is the principal island and around it there are four main groups of islands.

Among the small islands the most outstanding for the importance in tourism and ecology are : Cayo Levisa, Cayo Guillermo, Cayo Largo, Cayo Coco, Cayo Saetia and Cayo Las Brujas. 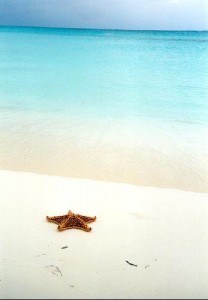 This beautiful island located to the south of the Cuba, in the Caribbean Sea, is only 175 KMS from Havana and 170 from Varadero. Cayo Largo is in the Canarreos Archipelago , it is 1 km in its wider part , hasan area of 37.5 sq Km and is 27Km long , which is also the complete length of its beaches.

Apart from having a marvelous history, where the settlement of the first Cuban Indian Siboneyes tribes, descendant from the Arauca Indians, Cayo Largo was visited by Christopher Colombus in 1494 and
by famous pirates like John Hawkins, Jean Lafitte Latrobe, Pepe El Mallorquin and Henry Morgan between 1565 and 1820.

Also a shipwreck happened in Cayo Largo shores in 1600 with a precious treasure belonging to the famous corsair Bartolome the Portuguese.

The average temperature is 26ºC, with 8 hours of tropical sunshine, with these conditions you’ll have to admit that Cayo Largo is easily the paradise of holidaymakers.

Different kinds of fauna representatives can be found in Cayo Largo,such as the Iguanas, Colibries, Tortoises, Sea Gulls, Coruas, Shellfishes and Pelicans. 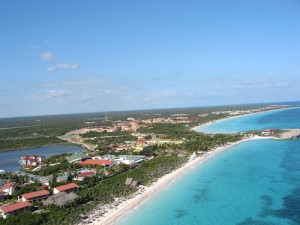 With a surface of 350 Square Km this island converted into a paradise is an excusive resort.
This island was an old refuge for the pirates, at present it is one of the main resorts in the Cuban tourist industry. A unique work of engineering connects Cayo Coco to mainland. It is
called Pedraplen and it is 17 Km long across the sea.

Enjoying the benefits of its marvelous beaches Cayo Coco has become a destination for those holidaymakers seeking for relaxing vacations and good beaches.Among the birds found here we find a colony of flamingoes estimated in 12 to 15 thousand pairs which makes it the most important in the western hemisphere.

Also the Pajaro Coco bird is found here, it is a white bird that gives the name to the island.

This island is well known for the transparency of the water in its beaches and the sand quality. Found to the north east of Cayo Coco ,Cayo Gullermo enjoy beautiful underwater landscapes and coral reefs very close to the shore. This island is connected to the neighbor Cayo Coco by a pedraplen that goes across shallow waters.

It is at about 2 Km fro the north coast of Pinar del Rio this small island enjoys wonderful beaches and blue transparent waters. This is an almost virgin island. Near the island there is a great coral barrier containing different types of corals amongst the black coral can be found. 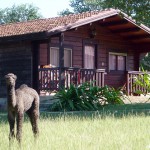 A peninsula linked to the main land by a narrow causeway and a drawbridge over a canal that joints two bays. This 42 sq km island is a virginal, unspoiled part of Holguín. A patchwork with different ecosystems is found here. Ranging from Mangrove swamps to Rain forests in which wild imported animals roam freely. (ostriches, zebras, deer, antelopes, feral pigs, wild bulls, leguanas, and innumerable species of birds). Cayo Saetia is said to have 25 Km of small beaches, separated by high limestone cliffs and rocky outcrops.