The Caribbean harbors a jewel in the Island of Cuba. The tropical Island extends 750 miles (roughly the size of Pennsylvania) and is a beautiful mix of mountain ranges and plains. There are over 200 bays and 289 sun drenched beaches to explore. The main ports are located in the provinces of Cienfuegos, Havana, Manzanillo, Mariel, Matanzas, Nuevitas and Santiago de Cuba.

Cuba has no plants or animals that are lethal to humans (Yes, this includes poisonous snakes!) The mountain ranges include the Sierra Maestra to the East, the Cordillera de los Organos to the West, and the Sierra del Escambray in the central region.

The Flag of Cuba was designed in 1850 by rebels that wanted independence form Spain. The 3 blue stripes represent the divisions of the Island at the time, while the white stripes represent freedom. The equilateral triangle stands for freedom, equality and brotherhood. The red color represents the bloodstain necessary to achieve independence. The star represents absolute freedom of the people.

The Republic of Cuba encompasses more than 4,000 islands and cays; the main island is the largest in the West Indies. Since its discovery five centuries ago by Christopher Columbus, strategic location and agricultural wealth have made Cuba a coveted prize. By the mid-1800s sugar plantations were satisfying a third of world demand.

Heavy U.S. involvement after Cuba’s independence from Spain in 1902 was supplanted by an association with the Soviet Union following Fidel Castro’s 1959 revolution. In 1961 Castro established the first communist state in the Western Hemisphere. Since then more than a million Cubans have moved to the U.S. Cuba’s centrally planned economy initially brought dramatic gains in education, health care, and social welfare. The economy crashed after Cuba was abandoned by the former U.S.S.R. and Eastern European trading partners in the early 1990s, and food and energy were tightly rationed.

Despite the U.S. trade embargo, Cuba’s economy is improving due to Canadian, European, and Latin American investments—especially in tourism. The natural beauty of Cuba brings millions of tourists, with many coming to see the thousands of species of plants and animals that live nowhere else on Earth. Protected natural areas take up nearly 22 percent of Cuban territory, providing habitats for crocodiles, flamingos, orchids, and more. Politically the government still restricts human freedoms, although religious rights saw some progress in 1998 with Christmas, December 25, being reinstated as a national holiday. In southeastern Cuba, the U.S. maintains a presence at Guantanamo Bay; the 1934 treaty between Cuba and the U.S. grants a perpetual lease for the naval base—voided only by mutual consent or by U.S. abandonment of the base.

In February 2008, an aged and ailing Fidel Castro resigned as Cuba’s president, ending 49 years of uninterrupted rule. He named his brother, Raul, as successor.

The National Flower
Butterfly Jasmine is the official Flower of Cuba. It represents purity, rebelliousness and independence. It flourishes in humidity. It can be found in the wild along river banks and lagoons. It is also a favorite garden flower.

The National Bird
The national Bird of Cuba is the Tocororo, or the Cuban Trogon. The colorful climbing bird’s red white and blue plumage matches the colors of the flag.

The National Tree
The National tree of Cuba is the Royal Palm . Again reflective of the Cuban People it is a strong tropical tree, able to survive the storm force winds of hurricanes.

Cuban Environment
Cuba is the Caribbean’s largest and least commercialized island and one of the world’s last bastions of communism. Its relative political isolation has prevented it from being overrun by tourists, and locals are sincerely friendly to those who do venture in.

Much of Cuba is made up of fertile flatlands, where cattle are grazed and sugarcane, coffee and tobacco are grown. The Oriental, Central and Occidental mountain ranges cover 25% of the country, the highest point being Pico Turquino (1972m). Cuba’s longest river is the 343km Río Cauto, although it’s barely navigable, even for small boats. The North American and Caribbean tectonic plates meet in the 7200m deep Cayman Trench between Jamaica and Cuba, and the region is thus prone to earthquakes. 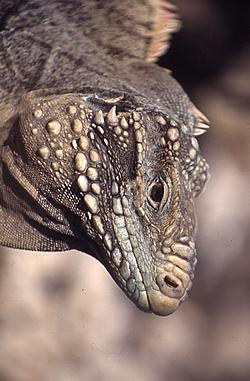 There are more than 6000 plant species in Cuba, around half of which are endemic. The ever-present royal palm ( Reistonea regia ) is represented on the country’s coat of arms; there are said to be 20 million palms in Cuba. Cuba’s other flora includes the rare and prehistoric cork palm ( Microcycas calocoma ), a throwback to the Cretaceous Period; the jagüey , a fig with aerial roots; the palma barrigona (big belly palm); the ceiba (the sacred silk-cotton tree), and the mariposa (butterfly jasmine), the white national flower. Much of the southern coast has mangrove swamps that support small fish and birdlife while the majority of the northern coast is bordered by rugged beaches.

Cuba’s most abundant land fauna is reptilian and includes crocodiles, iguanas, lizards, salamanders, turtles and 15 species of nonpoisonous snakes. The largest land mammal is the jutía ( Capromys ), a tree rat which grows to about 60cm in length. The world’s smallest bird comes from Cuba: the bee hummingbird, or zunzuncito ( Mellisuga helenae ), is just bigger than a grasshopper and weighs only two grams. The tocororo ( Priotelus temnuros ) is dubbed Cuba’s national bird due to its red, white and blue plumage – the colors of the Cuban flag.

Cuba ’s varied climates enable over 3,000 species of tropical fruits and flowers to inhabit the island. Extensive tracts of land in the eastern portion of the island are heavily forested. The most predominant species of trees are palms, of which Cuba has more than 30 types, including royal palms. Other indigenous plants are mahogany, ebony, lignum vitae, cottonwood, logwood, rosewood, cedar pine, majagua, granadilla, jagüey, tobacco, papaya trees, and the ceiba, which is the national tree. 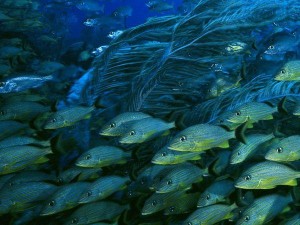 The reefs of Cuba’s Los Jardines de la Reina are protected from fishermen, pollution and fertilizer runoff. The waters are plentiful with huge fish, sharks, sea turtles and saltwater crocodiles. 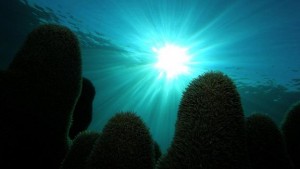 Cuba has some the most extensive coral reefs in the hemisphere, but political strains between Washington and Havana largely have kept American scientists away. A new partnership for marine research is trying to change that at one of Cuba’s most remote places, far from people and pollution.

Off of central Cuba’s southern coast, hundreds of tiny islands stretch into the Caribbean. They are ringed with narrow beaches and thick stands of red mangrove. When Christopher Columbus arrived here, he named the area Los Jardines de la Reina — The Queen’s Gardens. Five centuries later, there isn’t a single town or road or permanent human presence. The underwater gardens of pristine coral are still here. The Cuban government banned fishing over a 386-square-mile section of the islands in 1997, creating what scientists say is the Caribbean’s largest marine reserve. Only a few hundred divers visit each year, and species like the nearly extinct Nassau grouper are thriving. 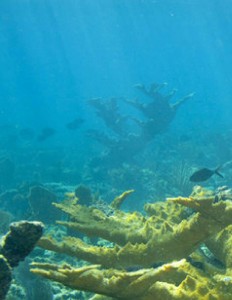 Cuba’s waters are like a look back in time at a marine environment largely unaffected by fishermen, pollution and coral-killing fertilizer runoff. The waters are plentiful with huge fish, sharks, sea turtles and saltwater crocodiles. As these species flourish, some will leave the reserve, helping repopulate other areas where their numbers are depleted.

One obvious sign of a healthy balance in Los Jardines is the sharks. Elsewhere in the region, their numbers have declined 90 percent or more. But in these royal blue waters, they’re everywhere.

Another reason the Cuban reefs are healthy are the dense, green thickets of mangroves that spill from the shoreline, attracting wading birds like great blue herons and roseate spoonbills who feed on the small fish living among the mangroves’ twisted roots. Cuban waters contain huge, glowing formations of elkhorn coral, a species that has died off in the Florida Keys. It’s really a time machine in Cuba.