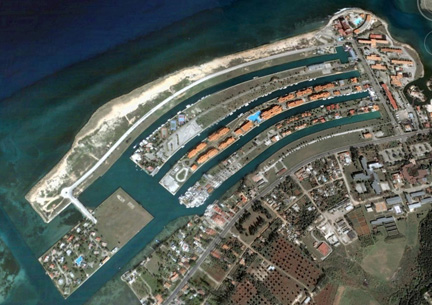 Cuba has 5,746 km of coastline this includes islands and cays which number around 4000 and are largely uninhabited. As for marinas, there are few. The actual count is 15, some facilities are little more than a wharf, some have no docking facilities—only a few moorings but with shore access, while others are quite extensive with many amenities.

Cuban archipelago has a surface of 110 922 km². It’s located at the entrance of Mexican Gulf between meridians 85˚ y 74˚, and parallels 19˚ and 23˚. It’s made up by the Island of Cuba, Island of Youth and 4195 cays and keys. It has a narrow and long shape from east to west that is why its main facilities are in the north and the south.

The weather is mostly warm along the whole year, except during the period from December to February. During this season navigation in the north coast require more attention due to the influence of cold fronts.

The official language is Spanish and the currency is the Convertible Cuban Peso. In Varadero and Jardines del Rey you can use Euro directly, credit card are accepted as long as they are not issue by American banks or its branches.

How to get in Cuba, by sea

Once you arrive to Cuban water limits (12 miles) the skipper must get in contact with Cuban authorities through:

When you get in contact with Cuban Port Authorities the following information will be required:

Cuba follows the international practice established by custom authorities, so can not be imported to the country the following items:

In Cuba are medical and sanitary regulations like in the rest of the world. Among others can be mentioned: 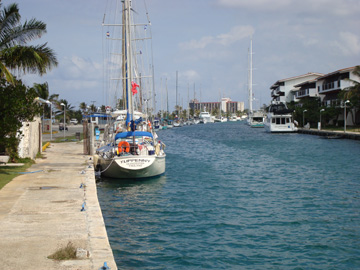 MARINA HEMINGWAY
WELCOMES YOU TO CUBA

Marina Hemingway will likely be your first stop when arriving from south Florida. For some cruisers who plan on spending the entire winter in Cuba, Marina Hemingway often becomes their home base.

The marina is located in Santa Fe, roughly nine miles west of downtown Havana. It is comprised of a series of four canals each roughly 1/2 mile long. Boats will lay alongside the walls of the canal in an east/west orientation.

Tip: When docking have your hatches open toward the prevailing easterlies.) Water and electric power are offered at each dockage site.

Note: The hurricanes of ‘07 resulted in water rising more than a meter over the canal walls damaging the water and power infrastructure. Consequently services have been sporadic and repairs to date have only been temporary.

Los Morros is Cuba’s latest marina and a Port of Entry: 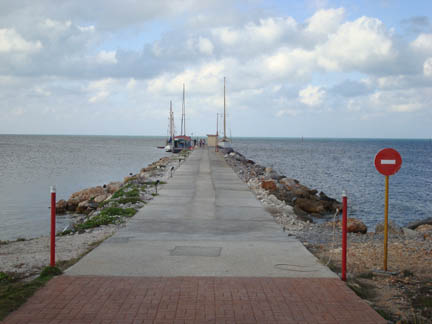 Located at Cuba’s western tip, Los Morros is situated on the north shore just around from Cabo San Antonio. This is not a conventional marina. Dockage consists of a long, concrete pier previously used by fishing and commercial boats. Today, yachts can lie alongside but only when rafted together can six to eight boats be accommodated. The approach is buoyed and 2.4 m can be carried to the dock. Unfortunately this pier is completely exposed to the north and is not protected by a breakwater. As a result, it is untenable during the passage of a cold front. Also, the pier’s north-south orientation makes its eastern side untenable when prevailing easterly winds blow more than 18 to 20 knots. If you cannot find space on the west side then I suggest anchoring in the lee of Cayos de la Leña. During a cold front it is essential that all boats move to this anchorage.

Facilities ashore include a restaurant and bar-lounge with extremely helpful and friendly staff who speak English. The only road leading to the marina is a dirt track that runs through the Guanahacabibes Natural Biosphere Reserve. Approximately 3 km from the marina on this road you will arrive at Las Tumbas, a small hotel/beach complex. The beach is nice but steep indicating possible undertows? Within the reserve don’t be surprised to find, among other things, boa constrictors, crocodiles and domestic cattle gone wild. Birders may be interested to know that roughly one nautical mile east of the pier there is a small cayo which is the nesting habitat for local frigate birds.

In prevailing fair weather, Los Morros can be a pleasant stop and a good jumping off point for rounding Cabo San Antonio for the south coast or for hoping across the strait to the Yucatan Peninsula. Those arriving from Mexico will find it a convenient place to clear into Cuba.

BOAT YARDS
As more boaters cruise Cuban waters, will there be opportunities to have work done at Cuban boat yards? Cuba has a long history of boat building and their workmanship is generally considered good. Although there is some new construction, the bulk of the work being done is repair work and most of these jobs are for the island’s fishing and tour boat industries.

The materials used are; steel, fiberglass and wood. Cuba has no recent history of “yacht” work. At most boatyards hauling is done on marine railways or with large cranes. While the machinery is old, the yards are typically well equipped. Cuban shipyard workers have been trained by European companies in welding aluminum and spray-coating epoxy paints such as Interlux.

By and large, the majority of yachts visiting Cuba from northern latitudes will cruise west about the island—Varadero to Cienfuegos so let us examine the yards in these locations. The yard most familiar to yachtsmen who have been to Cuba is the one located at Marina Hemingway. Situated between canal 3 and 4, this yard was never intended as a real working boatyard. Boats are lifted with a construction crane that is brought in specifically for each job. The lifting capacity is limited to about 13.5 m (45 feet) or 25 tons. As traffic increases at Marina Hemingway this yard will no doubt cease to operate, as dock space will become too valuable.

The boatyard in Havana that has the most potential is Astigal. It is located across the harbour in Casablanca near the base of fortress El Morro. It has three marine railways with a side rail giving the ability to have six vessels hauled at one time. Its capacity is 24 m (80 feet) or 150 tons. This yard is well equipped for all types of work including mechanical, electrical and woodworking. There is also a bronze foundry on site.

The other yard of interest is Chullima located just past the swing bridge on the Almendares River in the Havana suburb of Vedado. This yard specializes in fiberglass and has built new vessels for the tour and fishing boat industries. I believe it has the potential to become a major yacht facility due to its central location between Old Havana and Marina Hemingway.

There is a large shipyard with some yacht capabilities in the harbour of Mariel, the next major harbour west of Havana. This facility recently completed two sailing ship conversions. This yard, however, has one major downside. Due to its close proximity to a power-generating station and large cement plant the air is polluted with tremendous amounts of dust.

There is a yard on the south coast at Nueva Gerona on Isla Juventud. It was built in the 1960’s and its sole purpose was to maintain a hydrofoil fleet. This unique Russian-built fleet of ferries serviced the island with daily runs to Batabano on the mainland. Unfortunately for those coming to Cuba for a glimpse into the past, these strange looking vessels are no longer in service. On site there is a large building whose purpose was to house a fleet of fiberglass yachts that were to be constructed for a charter company. These boats were never built but the building still stands. The yard is well equipped for any kind of work. Hauling is done with a large fixed crane. 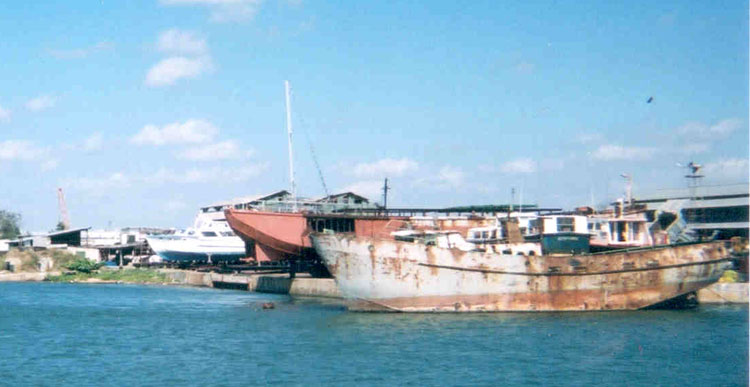 The Esmar yard is located in Batabano and they can haul boats to 30 m (100 feet) or 100 tons. Esmar is quite active and well equipped as it maintains a large fishing fleet and they have worked on a few yachts. The largest and most active port on the south coast is Cienfuegos.

Within this large pocket bay there are two yards servicing the fishing boats, tug boats and periodically they work on the local sail charter fleet. Hauling is done by railway or
crane and occasionally there is a yacht or two having work done.

At the east end of the Hicacos Peninsula, in resort town of Varadero there is now a fine
boatyard with a modern travel-lift. This facility located is in the new Gaviota Marina complex. It has a large work and storage area. The lift, imported from Italy, is now in operation and can haul yachts to 30 m (100 feet) or 100 tons

In addition to the major yards there are a few smaller ports that build and repair local fishing boats. These facilities could do yacht work if the demand warranted it. Two of the most likely yards on the north coast are in La Esperanza and Los Arroyos.

Both are small isolated ports but maintain a fairly large fishing fleet. I estimate they have the capacity to haul approximately 50 tons. Workers here are experienced in wood, steel, fiberglass and ferro-cement.

I have been involved in a few projects in Cuba during the past ten years. The owners were satisfied with the price and the quality of the workmanship. The work pace, however, was slow and getting materials is always a problem. Should these conditions change Cuba would be the ideal place for yacht work. With dozens of well- sheltered bays the possibility exists for many yacht facilities to be established. In time, given a changed economical climate, Cuba can easily become the largest yachting center in the Caribbean.